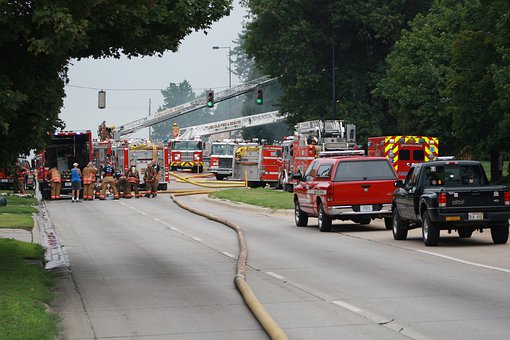 FORT WORTH, TX – A driver crashed into a Fort Worth fire truck early Monday morning. The incident occurred on I-35W, which is south of downtown.

The driver behind the crash was also injured. Interestingly enough, the firetruck was there responding to another crash on the same interstate when it was hit. According to authorities, the firetruck was at the scene to block traffic as investigators were responding to another crash. The initial crash also occurred in the I-35W southbound lane, near Berry Street when a driver lost control on the freeway.

Moreover, the second crash happened around 5:45 a.m. Still, no further details have been issued regarding the cause of the crash. However, the driver was injured in the process. He was taken to a hospital and was treated for minor injuries. He is expected to make a full recovery.

Luckily, no firefighters were harmed from the crash. However, three people from the previous crash were taken to the hospital and treated for minor injuries.

According to the Fort Worth Fire Department, the firetruck was struck by the car while its lights were still flashing. The truck was damaged in the front end and had to be towed. Water was also released from the truck and onto the highway making it easier to be towed.

Additionally, the fire department’s Mike Drivdahl expressed how surprising it is that drivers don’t see their fire engines. Furthermore, he added that things like this happen all the time because of too many distracted drivers.

The Fort Worth Fire Department plans to work with the Fort Worth PD to do a full investigation on the matter.

Masks have been in short supply since the COVID-19 pandemic took a foothold ... Read More

This past weekend saw a massive party of 500+ individuals convening in a re ...Read More