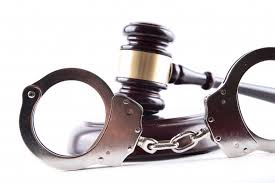 Ethan Couch tested positive for THC, a violation of his probation. As a result, authorities booked and charged him, reports Fort Worth Star-Telegram.

Ethan Couch first made national headlines following a defense his lawyer employed for a car crash Ethan caused. In 2013, Couch, then 16, crashed his Ford F-350 pickup truck into a group surrounding a stranded motorist. Breanna Mitchell, 24, required assistance when her vehicle broke down on Burleson-Retta Rd in southern Tarrant County. Holly Boyles, 52, and Shelby Boyles, 21, lived nearby and came over to help. Additionally, Brian Jennings, 41, pulled over to lend a hand.

When police tested Couch’s blood alcohol content, they discovered a level of .24, well above the legal limit of .08. They subsequently arrested and charged Couch.

At his trial, Couch’s lawyer argued Couch suffered from “affluenza,” spoiled from a life of affluence. The comparison between growing up in a dysfunctional, affluent family and legitimate psychological disorders drew ire from the public.

Couch attended rehab following the initial trial. However, in December of 2015, a video surfaced appearing to show Couch playing beer pong. He skipped a hearing for his probation, and his mother accompanied him to Mexico. There, police arrested him. A judge sentenced Couch to jail time.

Couch served his time and returned from prison in 2018. The court placed Couch on probation.

As part of his probation, Couch was required to adhere to a strict curfew. In addition, he wore a GPS device and used an alcohol monitor as well as wore substance abuse test patches.

One of these patches led to this most recent arrest.

Speaking on Couch’s behalf, his lawyers stated he’s never tested positive on a drug test prior. “We cannot make any further statement until we have the opportunity to conduct an investigation to determine if, in fact, Ethan ingested THC and, if so, if it was a voluntary act on his part,” they went on to say in their statement.

These animal inspired cars are fast, sleek, and we think they'd make their ... Read More

A Third Of Fort Worth Faces Flash Flooding