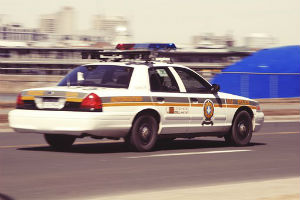 FORT WORTH, TX – A man who authorities have accused of kidnapping an eight-year-old girl while on a stroll with her mother on Saturday night has been taken into custody.

Police arrested the 51 year-old suspect, Michael Webb, on a charge of aggravated kidnapping early Sunday. The judge in the case established his bond at $100,000 on Monday. On Tuesday morning, however, Webb was released from the Tarrant County Jail and transferred directly into FBI custody.

The FBI wouldn’t elaborate on the charges the suspect faces until he appears in court for the first time.

Authorities accuse Webb of trying to force Salem Sabatka into his car right after 6:30 pm Saturday, in the vicinity of 6th and Lowden Street. The mother allegedly grabbed a piece of jewelry from the kidnapper and engaged in what police are calling a ‘valiant fight.’

Video from a porch security camera in the area recorded the rear of the driver’s car speeding away. Also, in the video you can hear the screams of the mother about her daughter being kidnapped.

The Forest Hill Police Department indicated on Monday that officers had gotten a tip a few hours before the girl was found to check the hotel. Consequently, officers reached out to Webb and walked through his hotel room, still not finding Salem.

Later, at around 2:30 a.m., police said some people who are regulars at a local church noticed the suspect’s car and called them. They then led the police to the hotel where the girl was found.

With the pandemic still in order, many car dealerships have incentives to l ... Read More

FORT WORTH, TX - Yet another California entity is making a mad scramble to ...Read More