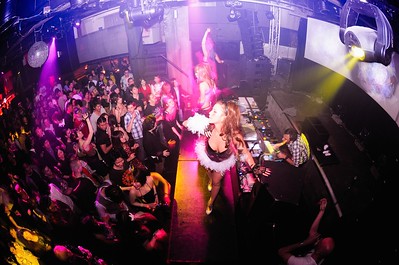 This past weekend saw a massive party of 500+ individuals convening in a remote warehouse in Fort Worth. The party is in complete defiance of state regulations sighting COVID-19 under its stay-at-home protocols.

For those attending the party, they have not been discrete as to letting people know what they have been doing. The events organizer, Corey Mobely posted on Facebook after the events to brag about “how cool it was”.

Reports have said that there were actually two 500+ individual parties going on thanks to Mobely.

With the threat of COVID-19 ever growing within the US, the worst possible thing to do is throw a party.

These areas can operate as long as they adhere to the guidelines set forth by the state.

Maybe Mobely got his wish. It’s doubtful that he’s the reason these places are open, but it adds to the mounting pressure on states to let their economies thrive once more.

COVID-19 has put a drastic halt on global industries. Everyone from the local bar to major oil companies have seen the disastrous effects of staying closed during a global pandemic.

As for repercussions of Mobley’s actions, it doesn’t look like he is facing anything. While the party was far from safe, bars and other areas will be allowed to reopen during the global pandemic.