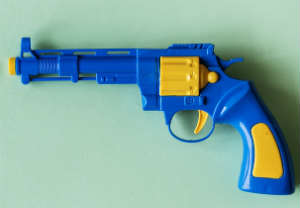 FORT WORTH, TX – Just last week, a shooting occurred in Fort Worth that left a three-year-old child injured. Now, the issue of children safety in homes with guns is arising in the area. What happened that led to this child getting shot in the head?

The incident occurred in a home on February 22. And the shooting is still under police investigation. But, as a Fort Worth Officer, Jimmy Pollozani, explained, both parents and two two-year-old twins were also in the home at the time. After the horrible shooting, authorities removed the twins and placed them in foster care.

Emergency personnel brought the three-year-old, who was shot in the head, to Cook Children’s Medical Center. Currently, her condition is unknown.

However, the gun issue in terms of children’s safety is not new. Apparently, Cook Children’s Medical Center treated twenty-four children last year who were injured by a firearm. And, the year before that, the number was even higher. Thirty-eight children suffered injuries from firearms and were treated at the center. And in that case, two of the children died due to the injuries.

One of the ER doctors at the medical center, Dr. Daniel Guzman, now wants to reintroduce a public awareness program. Dr. Guzman helped start this program over two years ago. The goal is to teach the public about gun safety in homes. This program utilizes training videos to help implement the message.

For example, in one of the videos, a child finds a gun. While the gun had been made unworkable, the child’s parents watched from a camera in another room. And, even though the child had been told to never touch a gun, they did just that.