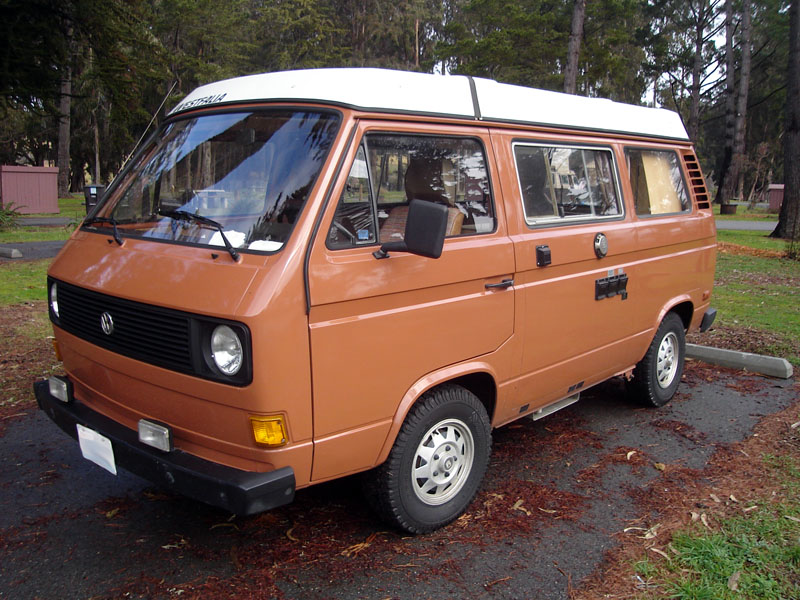 The VW Vanagon is by far the most iconic camper/van conversion out there. With the spirit of the 60’s still running through a large number of young adults’ minds, the perfect combination of space, renovation and gas consumption has caught the attention of young nomads.

The ’60s were a time for road travelers to embrace the counter culture. With Jack Kerouac fronting the literary itinerary for the American nomad, many decided to follow suit and embrace the van life. The van living mentality was born and evolved through various stages until we get to today. From the 60’s putter wagon to the 70’s Boogie van, every generation has found their way into the van lifestyle at some point or another. The ’90s were no exception. At the time, there was a heavy 60’s-70’s fascination with young people and Volkswagen captured that when they re-released the VW Bus titled “The Vanagon”.

The Vanagon Has Everything You Need

When VW released the new updated version of their classic bus, they put in everything (including the kitchen sink). They knew their target demographic and what their needs were. During the ’90s an upswing in large gas-guzzling SUVs took the requirement for Vans out of the market. With spacious interiors and a big engine, the SUV became the new “Boogie Van” without losing the cool. At this point in time, vans were designed for family soccer games and transporting kids. The image changed and so did the perception of how cool vans could be. For the lucky ones still trying to live on the go, the Vanagon provided everything. The freedom that you wanted with all the bells and whistles of a new home.

Perfect for Those Not Wanting to “Convert”

I have built plenty of conversions in my short 30-years living on the road. From short school buses to full-sized school buses, to the sprinter van conversion. I’ve done it. As much fun as it was for me to work on these projects, I can understand the daunting task it is for a full conversion. While it’s been a joy for me, for others its a hassle. For those people, purchasing a Vanagon is probably the best bet. While many conversion vans come with everything you need, nothing encapsulates the image of the American nomad better than the old VW.

The Cost and Space Are The Downsides

If you were to buy one of these for a road trip, then it needs to be in great condition. This can cost you a pretty penny for a fully functional and well-kept VW with low miles or a rebuilt engine. The amount you would spend on your own renovations to a Skoolie or a sprinter van can come out to about the same if you want to make it into an actual home (I’ve done some extremely basic builds where its just a bed frame in a hollowed-out bus). But for everything that you want that’s in perfect shape, $25K-$35K is going to be the price range for you. Keep in mind the money that you spend is the price of someone else building the van for you.

On top of that, sure the ’60s and ’70s created the van-life experience, but it was a “live within your means” lifestyle. The room for a bunch of extra amenities isn’t necessarily there and you might need to make a couple of renovations to fit everything. This could cost more, but not too much more.

Fixing and Repairing the VW Vanagon

One thing that many often forget is that these buses were developed and built during the Cold War. Potential vanners need to be aware that there will be costly repairs. On the flip side, there is a level of appreciation that many have with fixing old vehicles, and for the Vanagon, things are relatively easy to fix by yourself. On the other side, yes it is easy, but it is also expensive. The parts are few and far between and for brand new factory parts, you could be spending a hefty penny.

Thinking of Re-Building A Vanagon Yourself?

Whether you just purchased your spiffy Vanagon or you purchased the bare bones and plan to rebuild it yourself, you can trust Fort Worth Auto Transport to get it from point A to point B for you! We understand your direct desire to drive the van from wherever you bought it to your home, but that could create a lot of problems down the road. Let us take care of getting it to your house safe and sound!

Who Are The Worst Drivers in USA? Los Angeles Drivers Ranked At 194 Out of 200

Over 600,000 American Bridges in Need of Repairs

The VW Vanagon is by far the most iconic camper/van conversion out there. W ... Read More

In the latest University of Texas/Texas Tribune poll for the Democratic pri ...Read More