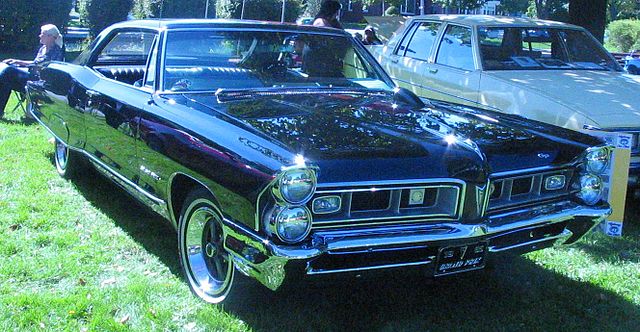 A restored 1965 Pontiac GTO could be yours. This beautiful model comes complete with a Tri-Power V8 engine. The owner has restored it for cleanliness and operation but it maintains a classic, vintage look. The code K Reef Turquoise Paint matches the original factory color, though it is one of the rarer shades available in the ’65 model. It also features a working cassette player, AM/FM radio, climate control, power windows, power steering. And to top it all off, it’s iPod compatible.

Though the GTO seemed revolutionary, it actually combined technology already in place. Hot rodders and racers had already been using bigger engines in lighter cars for some time. But this model solidified a new way of building fast cars for the mainstream market. GM had formerly disallowed any engines over 330 cubic inches in their medium-sized cars, but the Pontiac GTO team took a chance anyhow. They modeled their design after the 1964 Tempest. The new engine was 59 cubic inches larger than GM wanted for its midsize range. But the company allowed it.

It started as a potential upgrade on the Tempest. There it had a successful trial run. The masses soon loved the GTO due to clever marketing and high performance.

The 1965 Pontiac GTO boasts a few differences from the ’64. The body shape is largely the same. Enthusiasts can usually tell the difference based on the headlamps, though. the ’65’s headlights are stacked vertically as opposed to horizontally. GTOs have changed shape, size, and design in the years since. From 1964-2006, it was met with both successes and failures.

As of 2009, the Pontiac Division of GM no longer exists. But many fans miss the sporty design and high-power performance. If you’re one of them, consider adding this beauty to your collection!