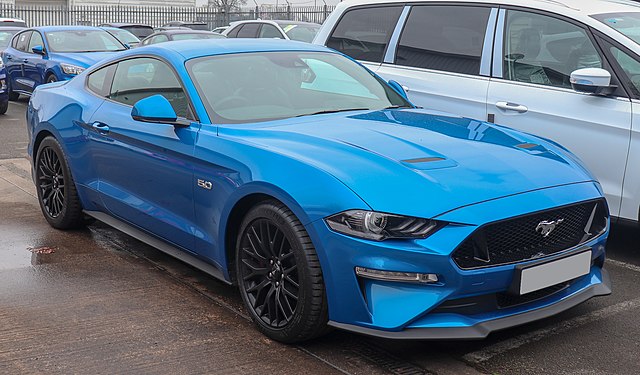 These animal inspired cars are fast, sleek, and we think they’d make their namesakes proud. Take a look at six of the coolest vehicles out there, all named after some of the world’s wildlife.

Fans love to speculate about why Ford named one of their most infamous cars the Mustang. A faction of Ford-lovers believes that the company pulled the name from a WWII fighter plane. The co-designer of the original Mustang did show an affinity for the P-51 Mustang fighter.

Still, others are pretty sure the car got its name from the first horses brought to the US. Spaniards called these horses Mustangs. And given the fact that this car bears a horse emblem on its front grille, we’d say it’s a safe bet that the horses had something to do with it.

Next up, we have the Volkswagen Beetle. The original name was in German: “der Käfer.” However, those familiar with the language know that this is in fact the German word for beetle. Adolf Hitler originally commissioned the design from Ferdinand Porsche. But if you were around during the 60’s and 70’s, you might find that fact a little ironic, given this car’s association with the hippie movement. The New Beetle ended in 2011. Thus it made way for the A5 Beetle, running from 2012 to 2019.

Tom Gale and Chris Theodore of the Viper design team cite the Shelby Cobra as their inspiration. Gale was in charge of the engine development team while Tom lead the actual design portion. They wanted to pay tribute to snakes, given that the Cobra was their original muse.

This British car company is practically dormant. But Triumph did create this 2+2 sports tourer. The company produced almost 26,000 units between 1970 and 1977. Giovanni Michelotti, the designer, called it his stag model. He likened it to a male deer. Initially, Triumph hoped that this car would be the contemporary for the Mercedes Benz SL models.

The Cobra is back! Carroll Shelby designed this beauty. He was both a race car driver and an engineer in his day. He hoped to be the one driving this car on the tracks someday. Shelby literally dreamed the name Cobra before reaching out to AC, a British car company. With their backing, he approached and convinced Ford to develop the engine. AC made the body.

The Datsun Bluebird is a Nissan car from the late 1950’s. It was available as a sedan, hardtop, hardtop coupe. The 510 holds the title of being the most popular series. Designers named the car after a family of Bluebirds. It won first place in the 1982 Australian Endurance Championship.