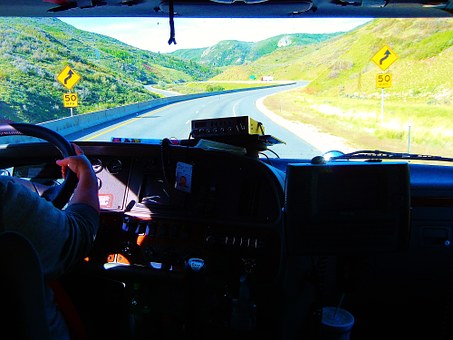 Biodiesel is one of the fastest-growing alternative fuel sources on the planet. With the bulk of the world utilizing these methods in one way or another, how does it impact the productivity of our country? The real answer is the trucking industry.

Emissions standards have been on the mind of every developed nation since the start of the 21st century. With some countries going so far as banning all combustion engine sales by 2025, the world is taking a step in a more environmental direction. For America, this means the trucking industry has gotten a bit of an overhaul. With many trucks utilizing what is known as B20, the wedge between our reliance on foreign oils has started to widen. California, one of the leading states in the fight again pollution has a generally stricter set of rules regarding the emissions standards of many cars and trucks. It is also home to one of the largest populations in the country. Thus, major shipping lines have had to adjust in order to be able to ship to the state.

With major shipping lanes from coast to coast, the midwest has been ab;e to utilize their vegetable byproduct in order to produce biodiesel. While diesel engine semi-trucks travel across the country, they can choose to purchase alternative fuel in order to clean out eh gunk from their engine and have their regular fuel burn more effectively, thus saving time and money in the process.

This has helped to significantly cut down the costs of many trucking businesses by approximately 20%. These savings have also helped to re-establish the trucking industry.

How Biodiesel Helps The Trucking Crisis

With the amount of money saved via alternative fuels, the thought of putting that money goes back into the company. Many truck drivers are currently retiring. The problem within the industry has been that there aren’t enough skilled drivers to fill the shoes of those leaving.

The problems stem from the appeal of the job. Is it worth it? How often will you spend time with family and loved ones? Do the pay and benefits add up? As of recently, the answer was “no”. Due to the savings of many companies over the course of time that biodiesel has been available, they have been able to save money to re-invest into a new workforce. Often expanding their benefits programs and increasing the wages of many drivers within their fleet.

The Trucking Crisis In 2020

The trucking industry has been in a downhill decline over the past few years. Many employers are unable to find the skilled workforce that has driven them to this point. The trucking industry has its drawbacks with lower wages, dangerous conditions and time away from family and friends. This has left many of the younger generations either stumbling to enter the workforce due to limited CDL training requirements as well as not having the reputability that their predecessors had left behind.

The amount of money saved by switching to biofuels has helped increase awareness of the trucking industry. With many still looking to fill empty slots in their fleet, the ability to raise wages, increase benefits packages and create a better environment has helped many into a new career for trucking