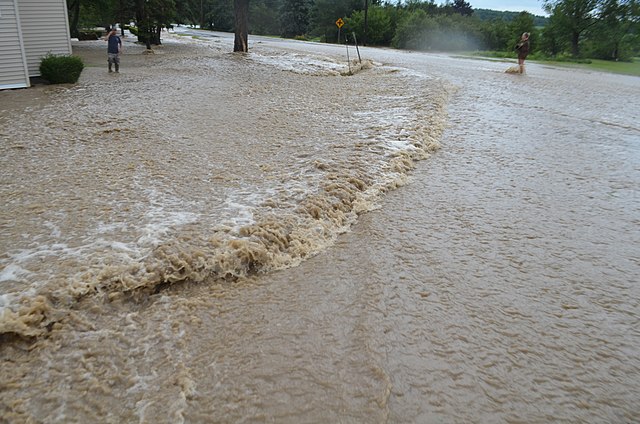 Fort Worth, TX – Flooding season is fast approaching. Some residents and businesses do not want this to be a headline.

Almost a third of Fort Worth is prone to major flooding. Unfortunately, many of these areas are not showing up on warning maps across the city.

One of the largest reasons why these areas are not showing up is due to the combined efforts of the current Mayor and the real estate industry. The issues could result in lower property values and lawsuits.

Roughly 118 miles of the 350 square-mile city are prone to major flooding during this season. This equals out to almost a third of all land in the city.

As of right now, only 50 miles within the city are designated as flood zones. This is less than half of the actual range for potential flooding. The 50 miles are currently in use by most real estate agents, lenders, and insurance agencies.

“This is really a flood warning effort,” Dyke says. “We don’t obviously have enough funding to fix all of the problems citywide, so that’s where this mapping comes in, to inform people of those risks.”

The 65 miles that do not make the “high potential for flooding” list are designated “potential high-water risks”. This is to help insurance agencies, bank lenders, and real estate agents to sell the property without the risk of being sued over uninhabitable land.

These areas are currently in a “term war” by local officials and land owners. While many agents want to quickly sell the land and turn over a profit, the homes that have a high potential for a flash flood is high. Over the course of 30 years, the city has seen 75% of all flooding happen outside of the designated flood areas.

TxDOT UTP Plans Out Transportation Funding for Next 10 Years