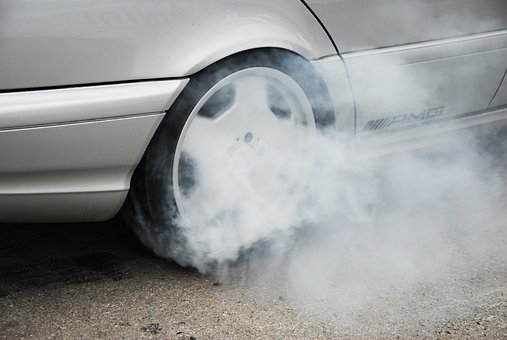 FORT WORTH, TX – Street racing has led to the death of one teenager. According to Fort Worth police officials, the incident occurred Tuesday afternoon.

Furthermore, the crash that killed the teen occurred around 1 p.m. near Pascal High School and the TCU campus. Additionally, two teenagers were involved in the street racing incident which began on McCart Avenue.

According to authorities, 17-year-old Nicholas Delgadillo lost control of the vehicle. As a result, he hit a light pole, and then crashed into a tree, killing him immediately. Delgadillo was a junior at R.L. Pascal High School, as confirmed by the Fort Worth ISD.

Fortunately, the other driver was not injured. However, he has not been identified yet.

Pictures of the crash were captured by TCU student Heesoo Yang, who saw the wreck from his apartment window.

Yang reported that the roof of the car was caved in and pinned up against the fence. Additionally, expressing that he did not know what to think.

According to Senior Kent Leckie, one of Delgadillo’s schoolmates, he had many friends.

He was popular and friends with a lot of people, stated Leckie. He was very active in school too, an overall great kid, and everyone is mourning his loss, also expressed Leckie.

Apart from this, a representative from the school district confirmed that Paschal students can leave the campus during lunch. Both teens involved in the street racing incident were on their lunch break at the time.

While no charges have been filed against the other driver, he is still being questioned by the Fort Worth police.

Furthermore, parents were informed of what happened via an email sent from the school principal. Additionally, school counselors were called to the campus.