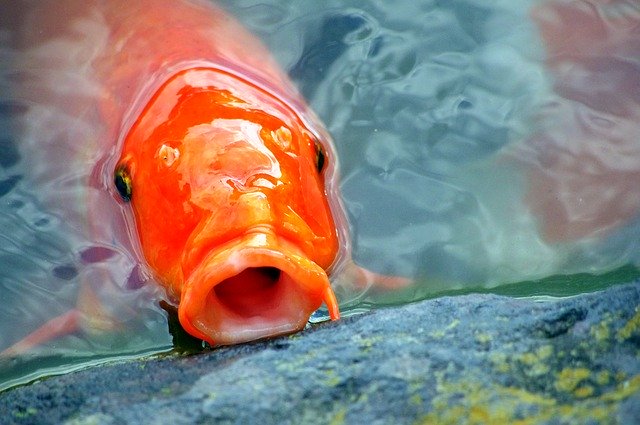 During a largemouth bass sampling, biologists working for Texas Parks and Wildlife Inland fisheries caught something unexpected. In a photo posted to their Twitter account, they revealed the large, orange koi fish.

While the catch is uncommon, it’s also not entirely unseen. TPW Department officials took the photo-op as a chance to promote an important message to Texas residents.

While koi fish generally don’t rise to the level of an invasive species, they pose other risks. For example, all creatures fall prey to bacteria and parasites. While animals living within an ecosystem develop immunity or symbiosis, introducing new microscopic diseases tilts an environment off balance.

Hence, the danger. Koi fish potentially carry with them new bacteria to native populations. As a result, passage of parasites and other biologically threatening microorganisms into the new ecosystem presents a threat to the species already residing there.

Despite the warning, the biologists returned their catch to the waterway. Though koi fish come from a foreign source, they fall within the carp family tree. TPWD consider them naturalized in Texas.

Originally from Europe and Asia, common carp first came to America in the 19th century. Europeans settling in the United States intentionally released them into lakes and rivers. Their numbers multiplied, leading to an established population. They proved a valuable food source. Since they’ve been around for nearly a hundred and fifty years, most anglers don’t consider them invasive. However, they often find them a nuisance, dominating certain fishing areas, prohibiting other catches.

Still, some varieties pose a threat. For example, bighead and silver carp drain food supply from juvenile game fish and prey species. As a result, the state of Texas bans transporting live bait fish to certain regions to prevent their potential spread via bait buckets.