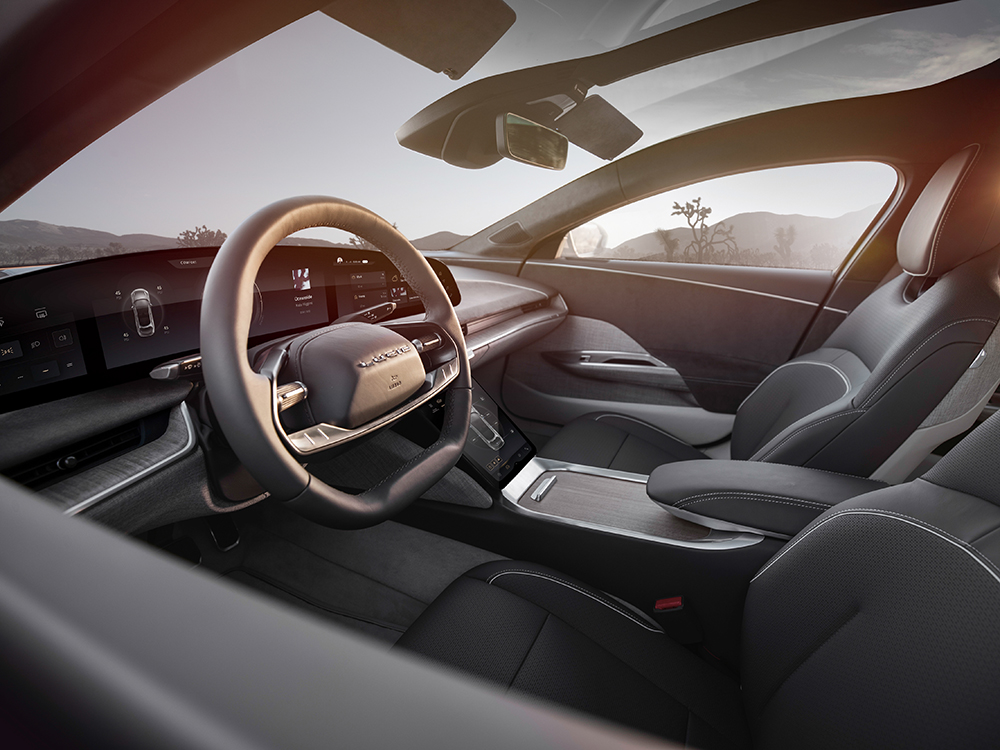 Lucid Air is doing everything they can to offer Dolby Atmos sound quality on the inside of their audio systems. The electric vehicle automaker has made it known that their Surreal Sound system may very well offer passengers an immersive sound exprience unseen by anyone before. The standard feature will be on the inside of the Air Grand Touring as well as the Air Dream Edition model. Most other vehicles in the Lucid Air line will have it as an optional add-on. This is for both the Air Touring and the Air Pure trims. Plus, there will be an ability to add a high-resolution music subscription with access to the new Dolby Atmos Music. (A streaming service similar to Spotify.) Lucid Air wants to offer six months of streaming for free with either and or the Grand Touring and the Dream Edition.

Lucid Air has a 21-speaker setup that can handle directional immersion unknown beforehand in the Dolby Atmos version. From the front, rear, side and height are speakers that can really put the passengers in almost a cinematic experience. A scene of sorts. Furthermore, the Surreal Sound system employees directional acoustic signals for notifications, alerts, and other warnings. Blind-spot detection and unbuckled seatbelt warnings come to mind. Lucid has even drawn inspiration from Capitol Records Studio C for the speaker setup. That’s how good the sound is.

Dolby Atmos has been around for ages. It was an A/V platform in the living room before it became a vehicular sound booth. Dolby has long been in the automotive game, undercover of sorts, since the 1970s and 1980s. Dolby Atmos, combined with Lucid Air, will give a feeling of being inside the sound of whatever is being listened to or watched. There with it comes a virtual dimension as if the audio is coming from a single soundbar or speaker. That is totally separate from when you’re in a smaller space like a car.

Melania Trump Thanks Truckers: The First Lady Is For The Freights