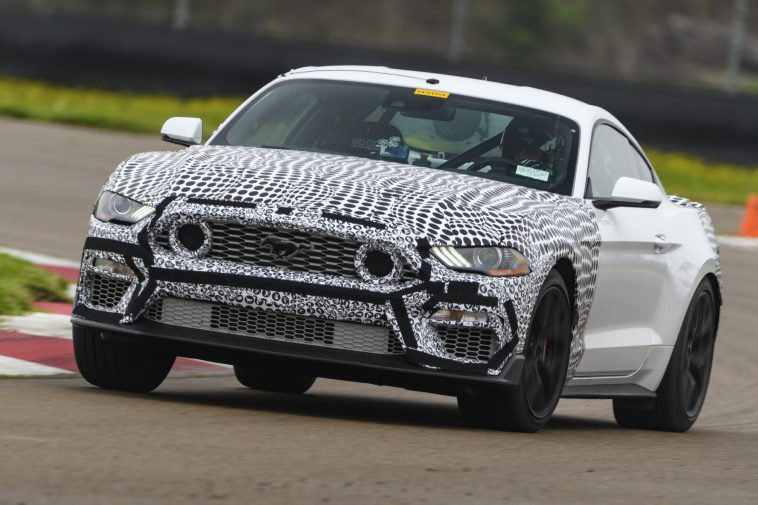 Ford has released photos of its upcoming Mustang Mach 1. The car is expected to roll out in 2021 with all-new features.

With public speculation as far back as 2019, Ford has now delivered confirmed this by releasing prototype photos showcasing the new car. Its speculated to how more capabilities than both the Mustang Bullitt and the GT PP2.

The vehicle acts as a middle ground between both the regular editions of the car and the Shelby lineup. This new iteration of the Mach 1 will perform closer to the Shelby side of things. The new version will have a Ford Coyote V8 engine installed.

As for the other specs of the car, we only have a few released photos to go off of, but from Fords confirmation, this baby will be putting out at least 650 horsepower.

Another feature to note will be the advancement of electric features. While Ford is constantly working to update its electric technology, the Mustang has seen some iterations. A new electric version will be available around the same time as the launch of the Mach 1.

The electric Mustangh looks to take on electric car pioneer Tesla and its super electric vehicle line. Where not only Tesla has been enhancing its performance line, so too the likes of Porsche, BMW, and Audi.

The European market has already been extensively working on new ways to improve their sports cars utilizing electric technology.

The Mustangs requirement for electric puts it in the league to carry the torch for years to come. With electric now outperforming traditional ICE’s, the speculation of a potential new frontier for the automotive industry is quickly approaching.

The new Mustang Mach 1 is being received with open arms from both car enthusiasts and experts alike. The potential could possibly put it up with the highest selling electric cars to date.

Rivian Is Popping Up With Three Electric Vehicle Planned For Future