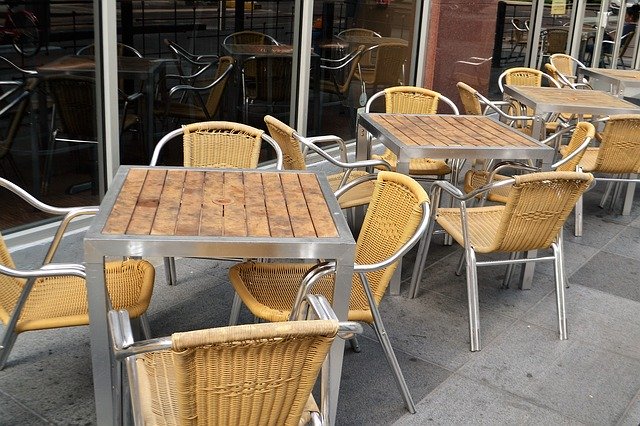 While most states determine criteria for reopening their economies, Texas leads the way. Governor Greg Abbott eased restrictions, permitting the public to venture back out into parks and restaurants. Now, some establishments in Colleyville serve food to patrons on their patios.

Fox News reported on people dining in the sun, while still adhering to some social distancing protocols. In images taken by one local reporter, people were seen gathered on the patios of restaurants, chatting and having orders taken. Servers wore face masks, though few others followed suit.

The move to ease restrictions comes as a calculated move by Abbott as he maneuvers through criticism on both sides. On the right, many conservatives argue for a full reopening of the state economy.

“It’s no secret that Gov. Abbott and his team pay a lot of attention to polling,” political consultant Luke Macias told the Austin Statesman. He works with Texas state legislators, several of which made calls to expedite the state’s reopening.

On the other side, Texas Democrats criticize the willingness to favor the economy over public health. In a memo, Manny Garcia, executive director of the Texas Democratic Party, said Abbott “consistently turned a blind eye” to the pandemic’s potential to wreak havoc.

In defense of his easing restrictions, Abbott pointed to the state’s peak in confirmed cases taking place on April 10. The peak in deaths followed on April 15. Following, both figures dropped. However, recently both ticked upward. That reversal gives some pause.

Though, Abbott reiterated the importance of using hospital readiness and equipment availability as the ultimate deciding factor. At present, Abbott says the state has “barely tapped” available beds. Yet, the state features one of the lowest covid-19 testing rates in the country, one measure used by health experts to determine if states are ready to reopen.

Time will tell whether his decision yields political gain, or increased casualties.