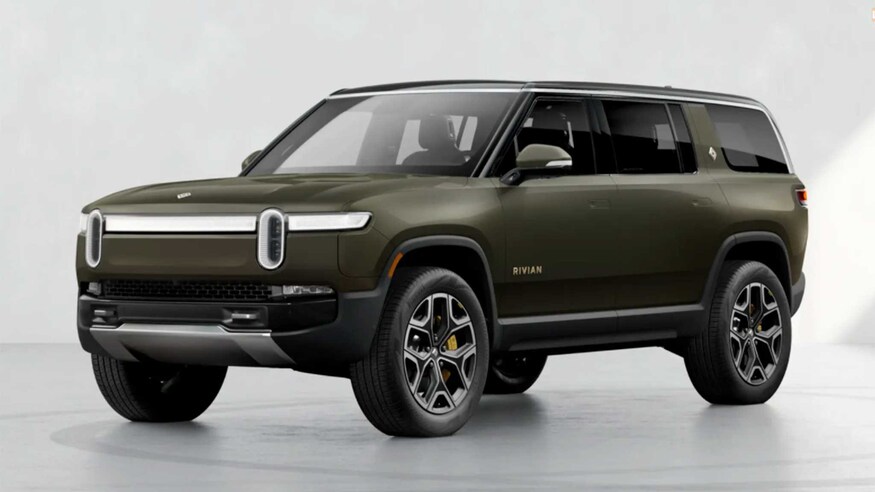 Rivian will launch of the R1S three-row electric SUV will follow in August. The vehicles had impressive benchmarks. The Porsche Cayenne for on-road dynamics, Jeep Wrangler and Land Rovers for off-road capability, and Audi for quality. Both vehicles include driver-assist technology. The driver connectivity adds robust health diagnostics to assess and prevent problems and hopefully fix any with over-the-air updates.

Already Rivian has a backlog of orders to fill. A configurator went live in November. Launch Editions sold out quickly. Scaringe doesn’t want to say how many orders they have. They have stated that its’s enough that some customers will have to wait for production to catch up to demand.

Scaringe does share some interesting tidbits on how consumers are configuring vehicles. The Launch Green exterior color is proving popular. There are two colors, white and blue for both the truck and SUV, but there are differences when it comes to brighter colors like Rivian Blue (Scaringe’s favorite) and Compass Yellow. “Trucks tend to be a little bit wilder on the colors,” he says. SUV customers are a bit more conservative.

While Rivian is busy with three vehicles (the R1T, R1S, and Rivian Amazon Prime van) launching within a six-month span, Scaringe is also focused on the bigger picture.

Rivian continues to test Tesla in the electric vehicle market. With different charging connectors and types of user interfaces, there is no common connectors yet. Tesla does have its own truck line coming soon. Fans of the classic style of truck will surely pick a Rivians over Tesla’s unique body style.

The big takeaway is that the new line should incentivize the company to build their vehicles faster. Many buyers are still on their waitlist and are eagerly awaiting the arrival of their vehicle.

The Ferrari 812 GTS Comes In Hot Enjoying The Superfast Lifestyle