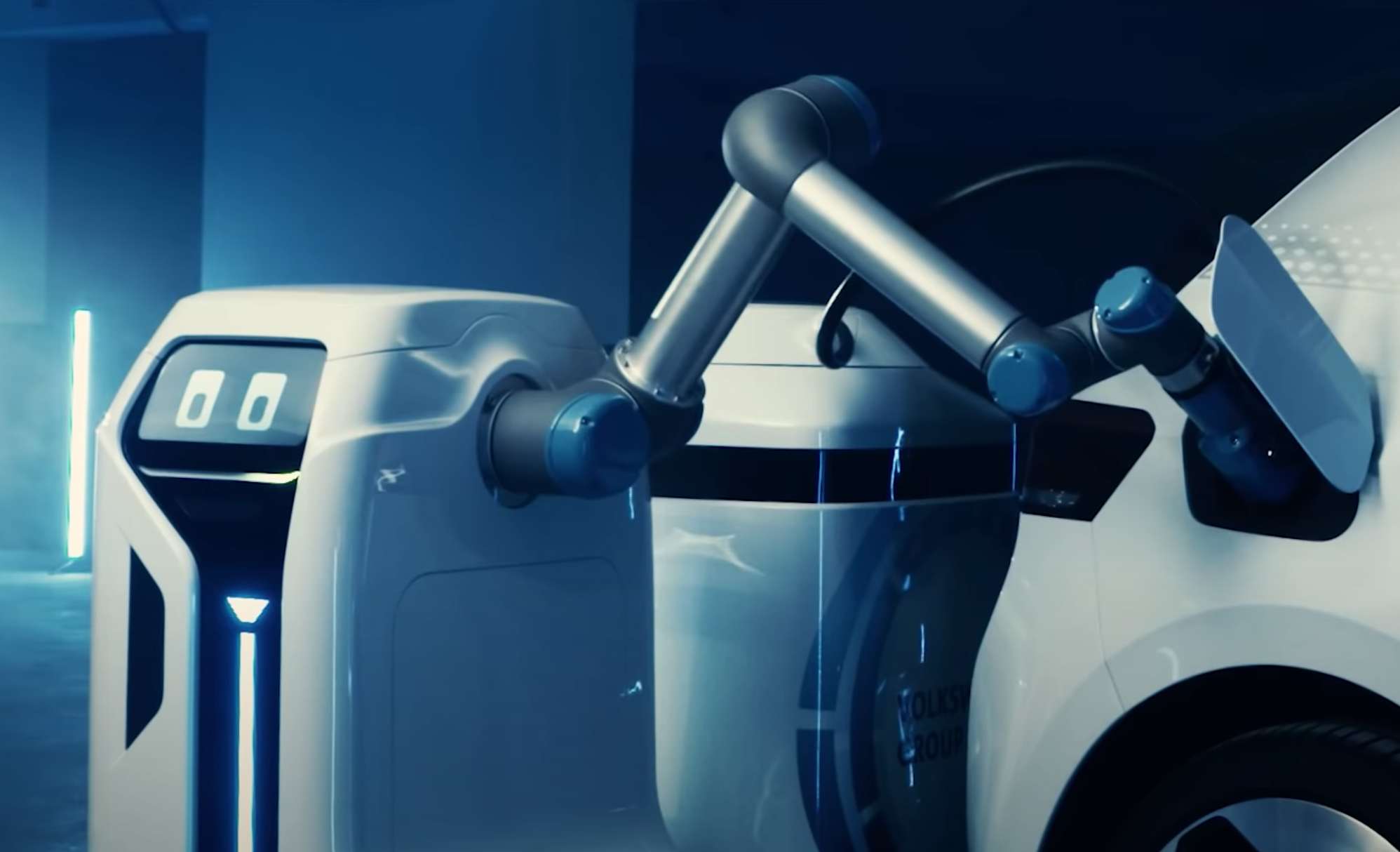 Volkswagen is back with an all-new concoction. Something truly out of this world. An invention to end all inventing… Well, not really. But it’s close enough with charging capabilities. Volkswagen Group Components created a moveable EV charging bot that can boost your vehicle to life in an instant!

What Volkswagen has done thus far is provide a portfolio that covers the customers needs while also maintaining a purposeful coverage of electric vehicles.

Pretty nifty right? Now if only Volkswagen had a release date on this prototype. Alas, the automaker has mentioned that the future of this machine will be “comprehensively further developed.”

As of current, the charging robot prototype will be powered by an app launched by the vehicle owner or simply car-to-x communication. When beginning the communication, the mobile charger starts up — with two robotic eyes opening from a cyber-slumber — and the robot steers near a vehicle. The mobile charger then reveals a charging socket flap and connects/disconnects the plug. How revolutionary is that technology? When the robot connects, it’s able to still move around until an energy storage unit is tapped into. From there, the robot can collect and return to a central charging station.

Which Volkswagen Cars Will Work With This EV Charger?

Whatever happens, VW is sure gearing its future to fulfill the status as “The People’s Car,” despite a cantankerous past.

What Does Biodiesel Mean For Trucking?